The year of 1973, I was a 7th grader. Ours was a school nestled in the hilly district of remote Bangladesh. Our class rooms were crammed, with boys and girls sitting in rows of wooden benches. Among the subjects we learnt were Math, Bengali, English, Geography, History and Religious education. During period of religious education, the students used to divide up according to their respective religions, Hindus studied Hindu scriptures, Christians studied Christianity and Muslims studied Islam, also known as “Islamiat” education.
Our Islamiat teacher was a simple down to earth man, a bespectacled thoughtful person whom we called Abu Bakr Sir. He wore scruffy beard on his face and his eyes were deep set with a sharp Aryan nose standing out in a precise symmetrical formation out tectonic collision of his facial bones. He always seemed to be in a metaphysical world and while teaching us about the religion of Islam, he often veered off to the philosophy of religion. 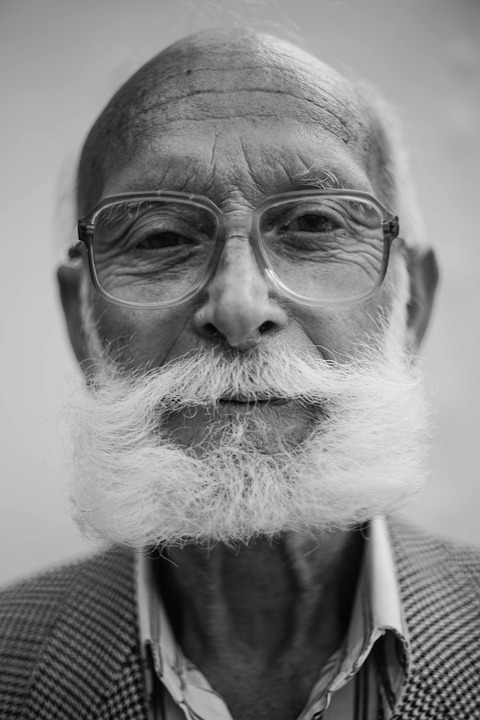 One day, the topic of Islamic studies was Hajj, a pilgrimage to holy sites in Mecca called Kaaba, considered to be first place of prayer in Islamic faith, established by Adam, the first man and the first prophet of mankind in Islamic faith. It is believed by the Muslims that this place of worship had been subsequently reclaimed and restored by Abraham, and his son Ishmael, also prophets in Islam. This is where also Muhammad, the last prophet of Islam, performed his pilgrimage and who also renovated this universal place of worship. Any Muslim, capable physically, mentally and financially is supposed perform this pilgrimage once in a life time. However conditional to this is that a Muslim before embarking on such a rite should have fulfilled his family’s need. By family, Islam does not mean only immediate family but members of the community.

To drive home the importance and meaning of Hajj pilgrimage, this day Abu Bakr Sir told us a story: one day two close friends, who happened to be Muslims decided to perform Hajj. Once they resolved themselves to such a noble obligatory rite, their whole focus of life became as to how to achieve this goal. The two friends performed all the necessary actions and collected all the provisions for their long journey and provisions for their respective families during their absence. Having done so, they embarked on their journey, a path of irrevocability that no one can distract from. Soon after they had started the journey, the two friends came across a poor family which had no means to meet its basic needs. Having experienced such a situation in the community the two friends rethought about their journey and the means they had in their disposal. One friend said, “I had already promised to Allah that I am on this journey for Hajj, nothing is going to veer me from this path. ” The other friend, being little more reluctant said, “It is true. But it is also true that I need to take care of my brothers and sisters before I can perform my Hajj! With extreme regret, I decide to help out my people in distress and as long as they are in distress I cannot go to Hajj!” So he decided to give all his money and means to the needy family and returned home with a heavy heart. The other friend traveled all the way to Mecca to perform much desired Hajj as usual.

In the act of Hajj, a five day event, a Muslim performs many rituals from circling the Kaaba, a sacred sanctuary of the prophets to spending a night in the open air in Arafat to reenacting the frantic run of Hagar, Abraham’s wife (slave in Bible) in between the two hills called Safah and Marwah when she was looking for water for her infant son Ishmael. During this time, Muslims also throw ritual stones at Satan, to wipe out evils from their heart.
The friend who remained unwavered in his journey made all the way to Mecca performing Hajj and had accordingly performed all of these rituals continued to see his other friend doing the same the whole time. He thought, his friend had changed his mind later and came to pilgrimage just like him. After months of the arduous journey, he had returned home to find his friend was already at home.
“When did you come home? And when did you change your heart dear friend?” asked the Hajj performing pilgrim to the other who donated his money to the poor family. “I had never gone to Hajj dear friend, remember I gave all my means to the poor family and therefore I had to return home and have been here all the time you were gone to Mecca”. The Hajj performing friend was bewildered and asked all the neighbors around. They all testified that the second friend had never gone to Mecca and was doing his normal duties at the hometown having returned on the half way from the journey.
The Haji (one who had performed the Hajj) friend was thoroughly confused, and thought he was possessed by Djin to have seen the other friend in all the rituals of Hajj in the holy city of Mecca and Medina. He then called his friend and the two sat down together discussing the whole situation. The friend who could not make the journey understood the situation of his Haji friend and the two friends decided to seek help of a wise man to resolve the issue.

The next day the two friends got up early and went to the wise man in the neighboring city. Both of them told their own stories to the wise man in details. The wise man heard it intently and had both the friends sit on two sides of him. He then told the Haji “The fact is that your friend gave all his means and did not finish the journey to Hajj returning home. Also the fact is that he had performed Hajj without the journey to Kaaba. It is the heart and intent that matters. Hajj is as much metaphysical, spiritual as much physical. Helping out humanity in distress is Hajj. That’s what your friend had done by helping out the neighbor. This very act has been approved as Hajj by Allah. This is why you have seen your friend in all activities of Hajj although he had not made the physical journey!”
As a7th grader in the school I never realized what an impact this will have in my life. I never realized until I got much older how wise and intellectually sophisticated our teacher Abu Bakr was. Now I think about him all the times and the lessons he had given me in my Islamiat class guides me every day. I was so fortunate to have him in my formative years.
Now that I see millions of Muslims are going to Hajj every year, the Kaaba, or the holy sanctuary of Adam, Abraham, Ishmael, Muhammad and all the prophets of Islam and other monotheistic religions had been turned into a Las Vegas style glittering city surrounded by luxury hotels owned by the Saudi Royal Family. While millions of them perform Hajj every year bearing the torture and humiliation of Saudi security officials, it is more of a competition of “Hajj Package”, a very expensive undertaking. Increasingly the difference of the poor and rich are being amplified in the pilgrimage process, a process additionally complicated by relatively well to do Hajis from the Western world who have more resources in disposal compared with the poorer Hajis from the third worlds of Asia and Africa. Thus egalitarianism, one of the most visible cornerstones of Hajj where the rich and poor had the same experience had evaporated.
More importantly, Royal family who is the beneficiary of huge sum of pilgrimage money, has been taking increasingly aggressive stance in various conflicts around the Muslim world, no one can deny their direct action in Yemen and Syria had brought about untold number of death, destruction and outbreaks of cholera and malnutrition in the war torn countries, their bombing campaign in Yemen had continued through the season of Hajj without any respite in sight. Their conflict with Qatar is still front page news. I have not been able to erase the pictures of maimed and trapped children of Yemen from my mind. As a Muslim I cannot reconcile in my mind as to how I can perform physical Hajj when I know that part of Hajj revenue will be spent in bombing and warfare against fellow Muslims.

3 thoughts on “Hajj Pilgrimage to Mecca”

Discover the Human Within